Guild for Service and Ma Dham: A ray of hope in the city of widows in India

I recently had the honour of speaking with Dr Mohini Giri – founder of the Guild for Service in India and recipient of the prestigious Padma Bhushan award.
Dr Mohini Giri is also former Chairperson of India’s National Commission for Women and founder of the Women’s Initiative for Peace in South Asia (WIPSA) and the War Widows Association.

In India, it is a matter of common knowledge that there has generally been little progress in changing the negative traditions and prejudices pertaining to widows in the nation as a whole.
The patriarchal inclination of the country has typically considered widows a burden on the family, especially in marginalised and disadvantaged communities. Since widowhood is a culturally negative taboo, widows are traditionally excluded and forced to follow various repressive traditions and rituals which are tantamount to violation of their right to live with dignity.

In at least one city this is changing.

Vrindavan, a city in Uttar Pradesh (the largest state in India), is also known as ‘the city of widows’. For many years, the city has been accommodating widows who have fled their homes or have been evicted by their families. The widows abiding in Vrindavan belong to all age groups, but younger ones are potentially more vulnerable to sexual assault and torture.

While there have been constant news articles about the degrading life of widows in Vrindavan, there has been less information about the philanthropic work that has led to reforms and rejuvenation.

The Guild for Service (a partner of WPD) is a national voluntary development organisation created five decades ago. The organisation has been providing a plethora of services to such alienated women in the city, in particular through the Ma Dham Shelter.
The Ma Dham Shelter home was set up by Dr Mohini Giri 26 years ago, at a time when the widows of Vrindavan were frequently subject to superstitious traditions, including strict dress codes and being forced to discard their ornaments and jewellery, irrespective of their age.
As elucidated by Dr Mohini Giri, these traditions are a symbolic representation of female castration with the intention of defeminising widows, to deprive them of their sexual energy.

Ma Dham has, ever since, provided a place of tranquility, stability and a ray of sunshine for the widows.
Not only has the centre been equipping widows for survival, but also helping an impressive ten thousand women to begin generating a small income of their own. For example, while some sell flowers and holy ornaments to be placed before the temple, others have acquired the requisite skills to run a beauty salon together. Being able to earn a living not only provides confidence and dignity, but also helps them take control of their lives. The Ma Dham shelter provides plenty of vocational training for rejuvenation of these women who have been through traumatising experiences, as well as providing clothing, counselling, medical aid and nutritious food for better development of their health.
There are now many shelter homes in Vrindavan, where widows of all ages are similarly cared for. Widows of an older age are unable to look after themselves, let alone earn a livelihood, and they are provided with ample support to enable them to lead a comfortable life.

The overall results include key improvements in employability among younger widows, which furthermore helps to ensure a dignified future for their children. The stigma associated with the remarriage of widows has considerably reduced, if not completely ended, which provides further hope for such women to lead a normal, happy, wholesome life. Many now wear colourful clothes and jewellery. Widows have been coming out of their cocooned existence to lead a dignified life.

Such positive outcomes – for women who have been dependent traditionally, socially and economically on the patriarchal framework – did not come easily.
In the early days, as Dr Mohini Giri explains, when immediate medical assistance was needed it was hard to obtain. They had to rush a widow to the Agra Mental Health Hospital for medical aid but there was absolutely no assistance by the government for any financial aid towards transport etc. When a widow passed away, her cremation was the most heart wrenching task for the centre staff, as no family member would like to touch her body or be near it.

While there have since been quite significant schemes developed by the central government of India in support of widows, there have been major flaws in implementation. Dr. Mohini Giri emphasises that it is impossible for widows to run from one Ministry to another when facing issues of pensions, healthcare etc. A ‘one window system’ is the ultimate solution for the problem, as she recommends. It would be efficient to provide all such facilities under the Ministry of Women and Child Development, which they can reach out to when in need of any kind of aid.
Alongside this, says Dr Mohini Giri, there needs to be increased social awareness to completely eradicate the stigmatization of widows, so they can realise their right to lead a dignified healthy life – not just in India but throughout the world. 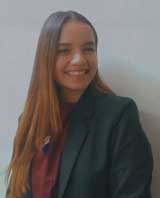 Niharika Goel is a penultimate year undergraduate law student of Vivekananda School of Law and Legal Studies, GGSIPU.
She is currently studying International Human Rights Law at Florida State University as a visiting student for one semester.
Holding a passion towards widows, she is working as a long-term intern at Widows for Peace through Democracy (WPD) and aims to bring positive changes for widows in her country India, as well as across the globe.