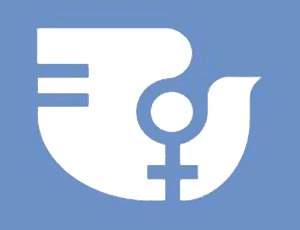 Widowhood is an issue that affects the economic, political and social situation of women and is a barrier to achieving gender equality and the empowerment of all women and girls. It is a global development challenge that must be urgently addressed by CSW so that no women are left behind. Therefore, it is imperative that the status of widows is prioritised in the implementation of all SDGs, especially in Goal 5, and is given proper visibility in the Agreed Conclusions of CSW62 and future meetings. Widows’ rights are human rights and they have been ignored for too long.

There is a common misconception that widowhood is an issue that affects only older women. While it is true that older women are disproportionately affected by widowhood, the Commission must also recognise the wider issues that affect the status of all widows, including child widows, around the world. This means developing a better understanding of widow’s intersectional identities; including how her age, ethnicity, class, religion, sexuality, and disability affect her rights and capabilities. Furthermore, the Commission has a duty to make substantive recommendations that encourage a better understanding of the relationships between widowhood and the social world; including issues connected to rural and urban life, armed conflict, HIV and AIDs, harmful traditional practices, natural disasters, and among others, economic empowerment.

To date, CSW has ignored the significance of widows, despite its support for tackling early and/or forced marriage. Yet, early/forced marriage and widowhood are intrinsically linked and sustain intergenerational cycles of poverty: for example, when young women and girls are forced to marry older, widowed men, the chances increase that they will become child/young widows. Indeed widowhood may be understood as a driver of early/forced marriage. In CSW61’s agreed conclusions, there is for the first time one mention of widows in relation to the essential need for disaggregated data to include ‘marital status’. We welcome the addition of this language, but it must now be both protected and built upon in future Agreed Conclusions. This is so that the number of widows, their opportunities and life course, and the chances of their children (especially their daughters), may be understood and addressed.

Barriers to the full participation of widows in rural life

Rural widows, including those of varying backgrounds, indigenous, and disabled widows and many other minorities will be left behind if such recognition is not forthcoming. Making widowhood an emerging issue would be a powerful tool in the prevention of this outcome.