Founder Margaret Owen named as an ‘Inspirational’ figure at CSW63 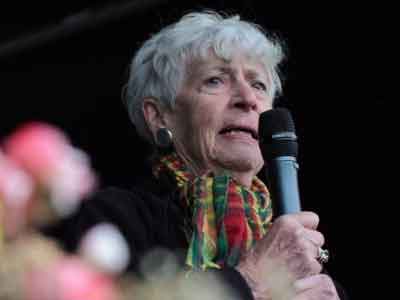 Widows for Peace through Democracy (WPD) founder, Margaret Owen, has been described as “inspirational” in bringing the discrimination, harmful traditional practices and stigma that widows suffer to light in the halls of the UN and other INGOs across the globe.

In her piece for Soroptimist International, Pat Black described how:

“Over the years she has raised awareness of the plight of widows in many countries, banging on the doors of the United Nations, often literally, to ensure their stories are told and to require their inclusion and recognition by the United Nations and its member states.”