Foreign Wives Have No Inheritance Rights in Libya, Part II of II

This blog post is reprinted with permission from Khadija Teri’s blog. The original post can be found here.

About a year ago, last August in fact, I had a guest post on my blog (A Very Important Guest Post) written by Susan Sandover, who is a good friend, mentor and colleague of mine. She wrote an important post regarding inheritance rights in Libya and all the trials and tribulations that she had been going through to get her rightful dues.

Recently I was checking out my site statistics and discovered that her post is one of the most popular ones on my blog. To date it’s been read an impressive 5,316 times. I emailed Susie and told her about the popularity of her post. She was delighted as it meant that hopefully people have read and may have taken some of the precautions that she had so urgently written about.

Susie is still struggling to get her inheritance. She still has yet to receive even one cent of her husband’s pension of which she is owed. She struggles through each day to earn a living and make ends meet. Susie asked me if she could post an update. ‘Of course!’ was my reply. Here is her update: 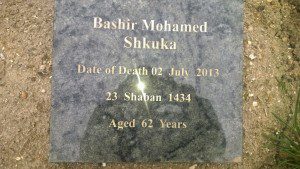 The situation in Libya is bleaker and bleaker by the day. Thanks to Bashir’s foresight of knowing the cupidity of his family, at least we managed to finally sell our house and I was able to buy a small flat in London–I have a home. At one point this seemed very unlikely due to the family trying to enact Sharia inheritance law even before Bashir had died. After much wrangling I was also able to bring some of our possessions to London which had been collected and worked for over the 33 years of our happily married life. At the time I felt that I had been hard done by, but today I look at Libya and think I was the lucky one. I managed to retrieve something.

I have been back to Libya four times this year to make court appearances to try and get my sharia share of our property, there being no other rights for a woman when it comes to inheritance in Libya. Bashir’s wishes or a moral obligation have not touched his family. Even the lawyer whom I had instructed was approached by the family to take a bribe? At the beginning of this year the Libyan legal system ground slower and slower than even in Charles Dickens’ story of the court case Jarndyce and Jarndyce in ‘Bleak House’. Today there are neither courts nor any legal system in place. Land prices have plummeted, the dinar against the dollar has reached the old black market Gaddafi levels and the country is in a state of civil war with no apparent solution in sight.

As I reflect back to the tales Bashir used to tell me of pre Gaddafi days, those who lived then knew they were not all golden times as many of the old elite would like to tell us. However, for the masses the country was safe and there was respect, tolerance and opportunities to better oneself. Today the curse of Libya’s oil wealth has bred a nation of youth greedy for power, who have been brought up under Gaddafi’s regime of corruption and nepotism. This is what they understand and know. I realize that the likelihood of my ever being able to reclaim the outstanding debts owed to me by Bashir’s family and the land are increasingly unlikely. Likewise the hope of being able to be paid a widow’s pension are equally as unlikely. 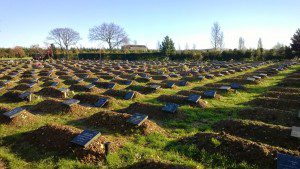 Bashir worked as an Apolitical career diplomat, always in the United Nations Department in the Ministry of Foreign Affairs. He felt that this was his best way of working within Libya and being able to do some good for his country for 38 years. In Bashir’s final months he always told me ‘Do not worry Susie, I am leaving you with a good pension.’ The total lack of help and obstructive attitude of Bashir’s last embassy in London have left me unable to get the papers I need to obtain a pension or have certain documents certified. Perhaps the articles that he wrote about political appointee diplomats amongst other subjects were not appreciated in certain quarters? There is no way to fly to Libya and for a single female to live alone there would be dangerous.

I feel sad that my thoughts today of Libya should be ones of loss. Colleagues and dear friends, young students who I taught lost their lives in the revolution and are again dying in the current uprisings. For what, I ask myself? Oil refineries are lying dormant or are burning. Libya’s foreign currency reserves are being squandered and have about another six months of cash and then the bank will be bare. Up to that fateful February there was a common enemy, Gaddafi and his cronies, but now it seems as if racial, tribal and religious differences have become every Libyan’s enemy.

Is this the sad end of the ‘Arab Spring’? I often think of the image of the self-mutilation of the Tunisian vegetable seller as the catalyst that sparked the uprisings. What was simmering beneath was an unimaginable turmoil and burning hell and yet the signs were there for all to read, but we ignored them and now we are reaping what was sown.

I should like to be optimistic and in this respect I urge all mothers, wives and sisters to beg your husbands, sons, and brothers to THINK, TALK, RECONCILE. I am a product of the Make Love Not War generation; we succeeded in stopping a war; there has to be a better way than what exists at the moment. If we don’t stand up for our dreams we will never see them realized.