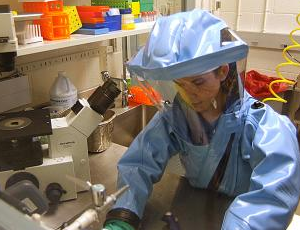 The threat of Ebola spreading through rural communities in West Africa could be increased by traditional mourning rituals and practices, writes Tim Bridger for WPD.

In some parts of West Africa, the traditional customs around burial and mourning could be helping the disease to spread. Ebola is spread through contact with bodily fluids including urine and saliva, and can be passed on through clothes, sheets or surfaces that an infected person has touched. This means traditional mourning practices that require the body of the deceased to be washed by his widow, and may include her being forced to drink the water used to cleanse the corpse, put widows at an extreme risk of catching the disease.

Whilst public information and education campaigns have worked hard to eliminate this practice in cities, there is still evidence that it is carried out in remote villages and rural communities. As these are places that are likely to be far away from hospitals and medical teams, they are potential hotspots for Ebola to be passed on to the relatives of victims.

According to Professor Esther Nzewi, Professor of Clinical Psychology who has spent many years working in advocacy and public health education in West Africa, even in those parts of the countries where education campaigns have worked, the lack of professional undertakers poses a risk to the friends and family of the deceased. The ‘wake-keeping’ ceremonies require that the body of the deceased is prepared by friends and family in the family home, and kept lying in state overnight. Professor Nzewi explains that during this time there is a “high probability” that those attending could be infected by the virus. She advises that the body be buried immediately and the wake-keeping ceremonies be eliminated in all cases of suspected Ebola, to minimise the risk of re-transmission.

So far some 700 people are known to have died as a result of exposure to Ebola, with cases being reported in Liberia, Guinea, Sierra Leone and Nigeria. These countries have some of the most precarious healthcare systems in the world with Guinea being ranked 160th and Liberia 186 out of 190 countries. The World Health Organisation estimates that life expectancy in Sierra Leone is just 45 years, and a cholera outbreak there in 2012 spread to 26,000 cases. The infrastructure relies heavily on international volunteers for administering even basic healthcare programs. However, given the deaths of visiting medics over the past week, some aid organisations are considering pulling out and others have already left. Those treating the sick are most at risk, with top doctor Sheik Umar Khan succumbing to the illness in Sierra Leone after having treated more than 100 patients, and dozens of healthcare professionals throughout the regions dying for their efforts.

The UK government through the Department for International Development has pledged £2 million in aid to partners working in the region, including the International Federation of the Red Cross (IFRC) and Médecins Sans Frontières (MSF). The UK, along with most other Western countries, has assessed that it is not at risk from Ebola, due to the robustness of its healthcare system and its experience dealing with potential outbreaks of communicable diseases.

The citizens of West Africa are not so lucky. The outbreak is yet another blow for the troubled regions and will create yet more widows, in addition to those from conflict and HIV / AIDS. The plight of widows in West African countries is precarious, particularly when the husband dies of a disease or an epidemic. The widow often gets blamed for ‘allowing’ the husband to die, and might be treated as a pariah, a witch or even the source of his illness. With a disease such as Ebola, which is little understood even in the West, there is a high likelihood that the widows of the dead will suffer, if they survive being in the presence of the corpse.

The social stigma attached to widowhood can blight the life of the woman, leaving her an outcast, chased off her land by her relatives, unable to inherit, to work, or to provide for her family. African widows, irrespective of ethnic groups, are among the most vulnerable and destitute in the region, according to the most recent UN report into issues of discrimination against widows.

Widows for Peace through Democracy has partner organisations throughout West Africa, and supports them in their mission to help widows who face ostracisation, violence and destitution. The main work of the organisation is raising awareness of widows’ plights and widows’ rights, helping to change traditional values and cultures that see the widow as less than a woman, and someone for whom widowhood has negated her womanhood. Through education, advocacy and training, widows are give the chance to retake their place in society, and to reclaim the power and potential they have as women and as individuals.

Widows for Peace through Democracy