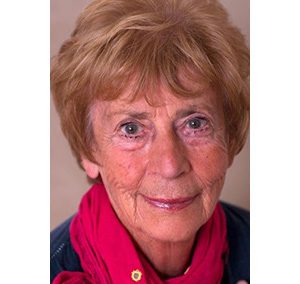 CSW: will there be an Agreed Conclusion to the CSW this year?

As the CSW enters its final week, the political agendas of different countries are reflected in the deep divisions over how to prevent and eliminate violence against women and girls. Furious arguments are going on over the use of language: ‘harmful practices’ or ‘traditional harmful practises’, ‘girl’ or ‘child’?

CSW: the gulf between the UN and civil society

We are worlds apart. Separated not just by First Avenue, but by a vast gap in beliefs, philosophy, ideas and hopes. Margaret Owen, director of an NGO, reports on the battle over the text of the Agreed Conclusions at the 57th session of the UN Commission on the Status of Women

The hidden lives of child widows

Child widows, some less than ten years old, face bleak futures as they bear the triple disadvantage of gender, marital status, and being underage. Research is now revealing the hidden lives of these children, and it’s time to hold governments to account under international law, argues Margaret Owen

Egypt: from equality of purpose to equality on the ground

“We acted together and we all adhere to the same values: justice, compassion, and unity, and these values are engraved in our souls. It is our unwritten constitution – the ethics inside all of us. Women died with men, and men protected us as women”. Nora Rafeh Refa Tahtawy, 23 year old student protester

Turkey’s judgement day: the trial of the Kurds

Margaret Owen, a member of the UK Independent Observer delegation, reports on the KCK trial in Diyarbakir before today’s ruling

New York: no place for women in action

In an open letter to the United Nations Secretary General, the European Women’s Lobby declares that “The 54th Session of the CSW…represents a step backwards by its failure to offer a new vision and mechanisms for implementation”

At this Tuesday morning’s NGO consultation we women from the NGOs, attempting to participate in the 54th CSW, finally collectively erupted, en masse

The mother of all widows

So yesterday CSW formally opened and we NGOs, thousands of us,queue, crowd, jostle to get a seat either in the gallery of Conference Room A where the delegates are or to watch on the big screen the proceedings from Conference Room B. Although we are there by 9 am nothing gets going until after 10. Delegates are warned that colour blindness will not be accepted as an excuse if they ignore the orange light which tells them they have 30 seconds to stop speaking. Speakers for a group of countries have 10 minutes; mere single nations only 5…

Widowhood: invisible for how much longer?

Margaret Owen has been trying to get the CSW to address the poverty of widows for 12 years. This is her last attempt. She describes going from despair to growling with anger to hope – all in a day

CSW and the Brief History of One Word……

After eight days  and evenings of effort, meetings, draftings, lobbying, talking, to all and sundry (Senior UN officials, government, NGOs) at the 53rd Session of the CSW and a fortune spent on getting to New York and paying for our incredibly overpriced hotel beds ( as the £ dived)  in order to get WIDOWS and WIDOWHOOD at least referenced in the Agreed Conclusions on the priority theme ” Equal Sharing of Responsibilities between women and men, including care-giving in the context of HIV/AIDS”, today I am gob smacked by our defeat.

Fighting for the very poorest of the poor

Now in Washington DC, am trying to recover from last week’s circus at the UN.. Rethinking surviving that first week of the 53rd session of the UN CSW, I have changed my mind. I am now, for probably the first time in the 11 years since I’ve been coming to New York, glad I made it there.