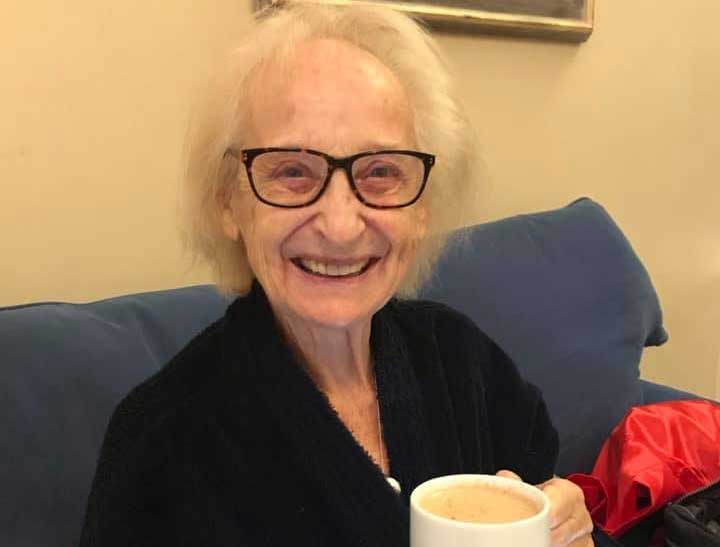 At Widows for Peace we remember and celebrate the life of Baroness Sally Greengross – passionate supporter of WPD and dear friend of our founder, Margaret Owen OBE.

“Life always should be worth living, because we’re human beings.” Baroness Sally Greengross.

Baroness Sally Greengross, who has passed away, aged 86, served as director general of Age Concern England (now part of Age UK) from 1987 until 2000 and took it from a small organisation to Britain’s biggest charity for older people, campaigning tirelessly to push their rights up the political agenda. Along with fundraising, she raised the profile of its campaigns – on age discrimination, poverty, winter deaths, poor health, quality of care – touring the party conferences to lobby MPs and delegates for some 27 years. She also carried out much research herself into issues such as the value of grandparenting, kinship and intergenerational relationships.

“My wonderful best of best friends for the last nearly 70 years, the charismatic and exceptionally gifted Baroness Sally Greengross, great campaigner and advocate for older people.

Sally was greatly loved wherever she was, here and overseas: and another Peeress who knew her well said her character was such that “she made the Lords a nicer place”.

Today is UN international Widows Day, and I should be doing interviews, but all I can think about is Sally, and our times together.

In addition to her own commitments, she always energetically supported my own work on widowhood issues: she was a brilliant board member of my first international widows NGO, Empowering Widows in Development (EWD) founded, following the meeting we held at the UN 4th World Women’s Conference in Beijing.

I am eternally indebted to her for her fantastic friendship, loyalty and wise advice that has kept me going in spite of many obstacles and difficulties.

I am inconsolable but also so relieved she has gone to the other shore so peacefully. R.I.P”

Sally Greengross remained active until days before her death, when she wrote to the Prime Minister appealing for funding for Hourglass, the charity which she had helped to set up – in the early 1990s – to give free advice and support to older people affected by abuse and neglect.

“Sally was a great human rights campaigner, global chair and representative of the International Longevity Centre and Global Ambassador for HelpAge International (which is how I knew her). Greatly loved across the world and sorely missed for her indefatigable work on equality and human rights, inspiring and inspirational.”
Sylvia Beales-Gelber, Trustee of Widows for Peace.

Also see the obituary to Sally Greengross on her charity Hourglass

Please help us to empower widows of all ages