The Gendered Impact of Climate Change

CSW66(2022) contribution from Widows for Peace through Democracy (WPD)

The sixty-sixth session of the Commission of the Status of Women takes place from the 14th-25th of March 2022. The priority theme is the empowerment of all women in the context of climate change, with the review theme focusing on women’s economic empowerment in the changing world of work (the agreed conclusion from the sixty-first session).

Climate change is intrinsically linked to poverty and gender. As 70% of the world’s poor are women, hazardous weather events and poor harvest yields are more likely to become disasters for women because:

The Role of Gender Equality

Verona Collantes, an intergovernmental specialist with UN Women:
“The IPCC (International Panel of Climate Change) found that gender inequalities are further exaggerated by climate-related hazards, and they result in higher workloads for women, occupational hazards indoors and outdoors, psychological and emotional stress and higher mortality rates compared to men”.

The Effect of Climate Change on Widows

Widows are faced with a unique situation when it comes to climate change. The experience of gender inequality shared by many women globally combined with the perceived ‘burden’ of widows on society serves to create a constant cycle of exclusion and abuse, not just from widows communities but often their own family too, thus removing any support system that may have been accessible without their widowhood status.

Widows as Agents for Change

Viewing widows purely as passive victims in climate change ultimately diminishes their ability to significantly contribute to the changes that need to be made. Widows play a crucial role in prevention, adaptation and mitigation strategies. 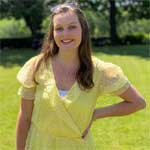 Heather Rainey is a third year Politics student at The University of Edinburgh and is a researcher for Lawyers Without Borders.
She is an intern with Widows for Peace through Democracy (WPD) and has had an interest in women’s rights for as long as she can remember.

Read about our CSW66 Event and register here:

Please help us to empower widows of all ages